This project is an attempt to understand a culture that is ruled by the second amendment of the US constitution: 'the right of the people to keep and bear arms'. Having visited the indoor shooting range in downtown Los Angeles, I was captivated by the experience. It is the home of a legal pastime that allows individuals to shoot live ammunition at target posters with a variety of guns. 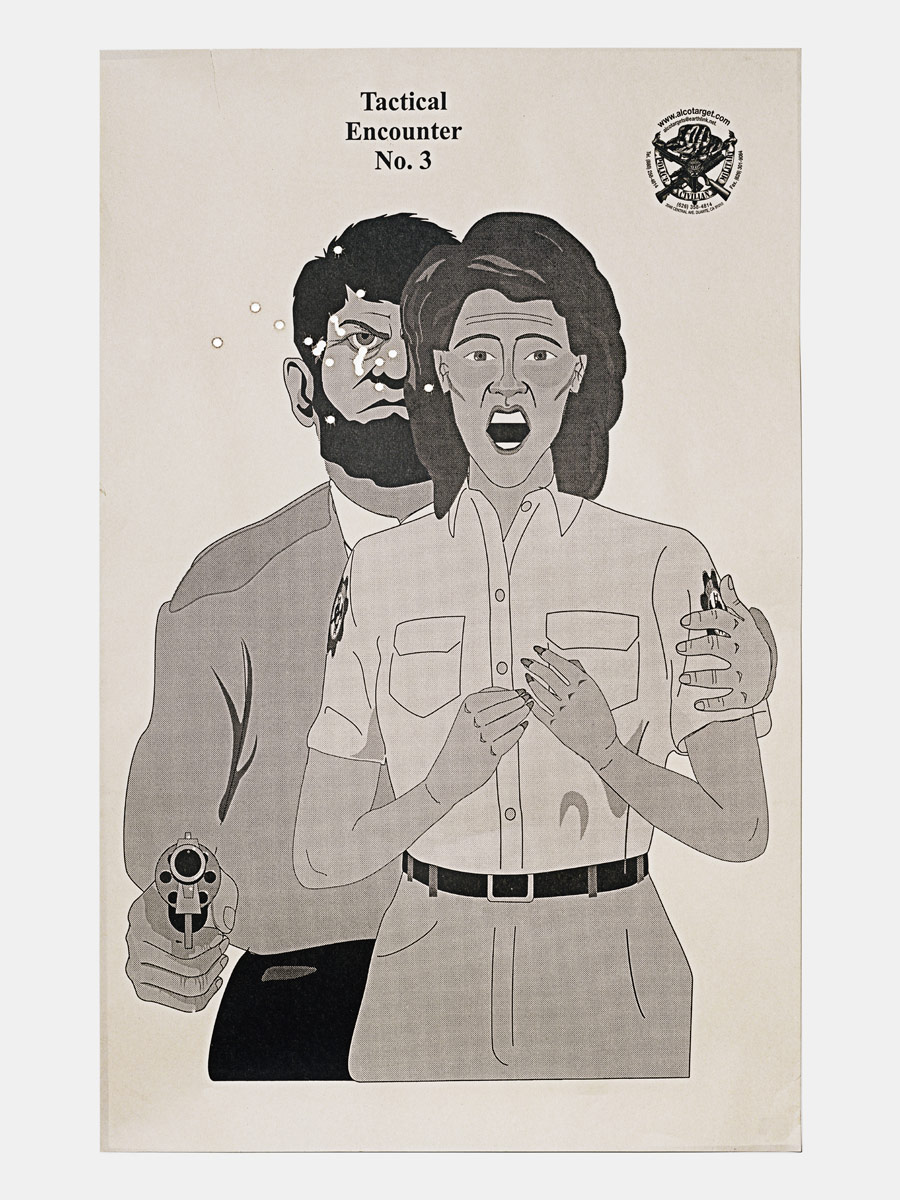 Target A. Age: 35. Occupation: Federal security. Gun: Glock 22 .40 caliber pistol.
"I cannot believe I shot that hostage's ear on my target. I learnt to shoot when I was in the military Marine Corps infantry." 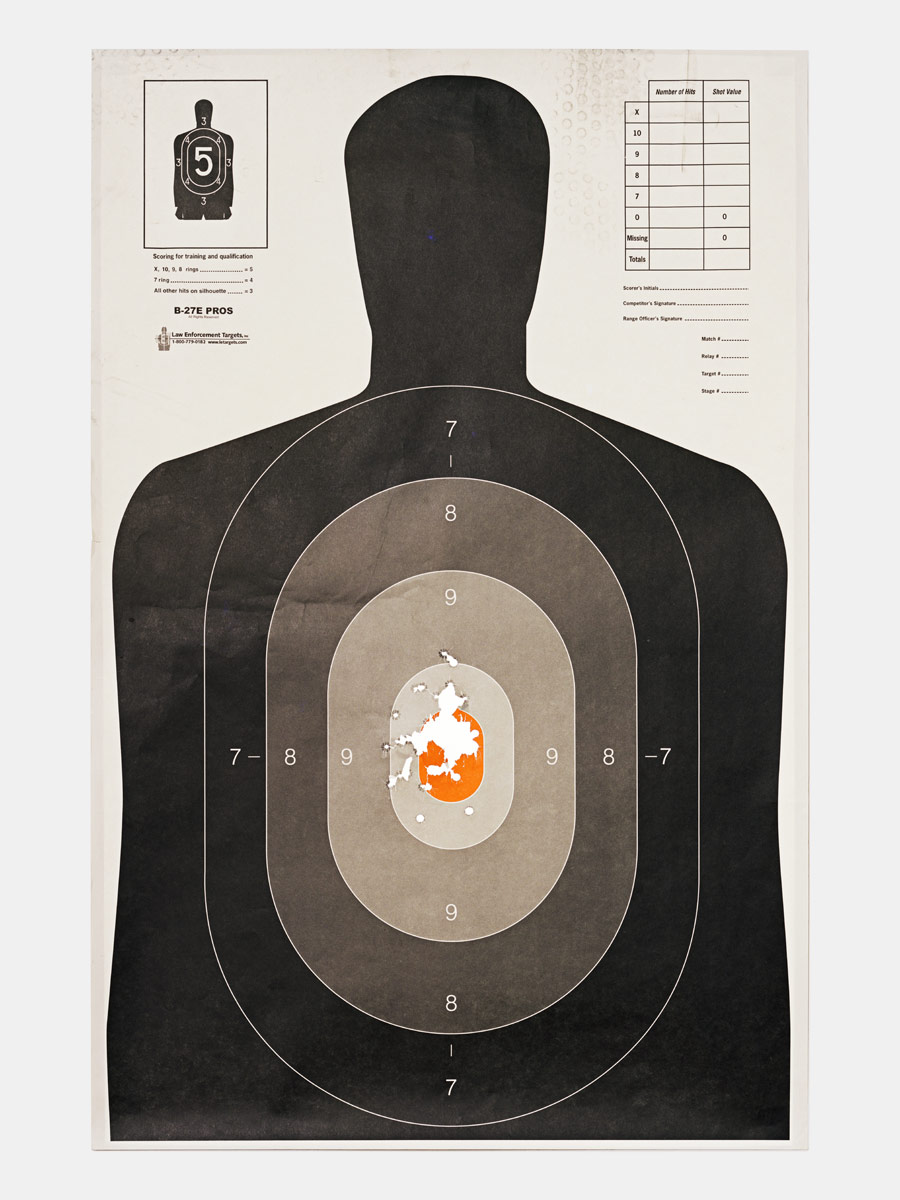 Target B. Age: 49. Occupation: Bodyguard. Gun: Glock 19 9mm pistol (shooter's own).
"I have been involved in two shoot-outs when I was a police officer with the LAPD. I injured two people and was shot at myself. I now work with celebrity clients such as Justin Bieber and Mariah Carey." 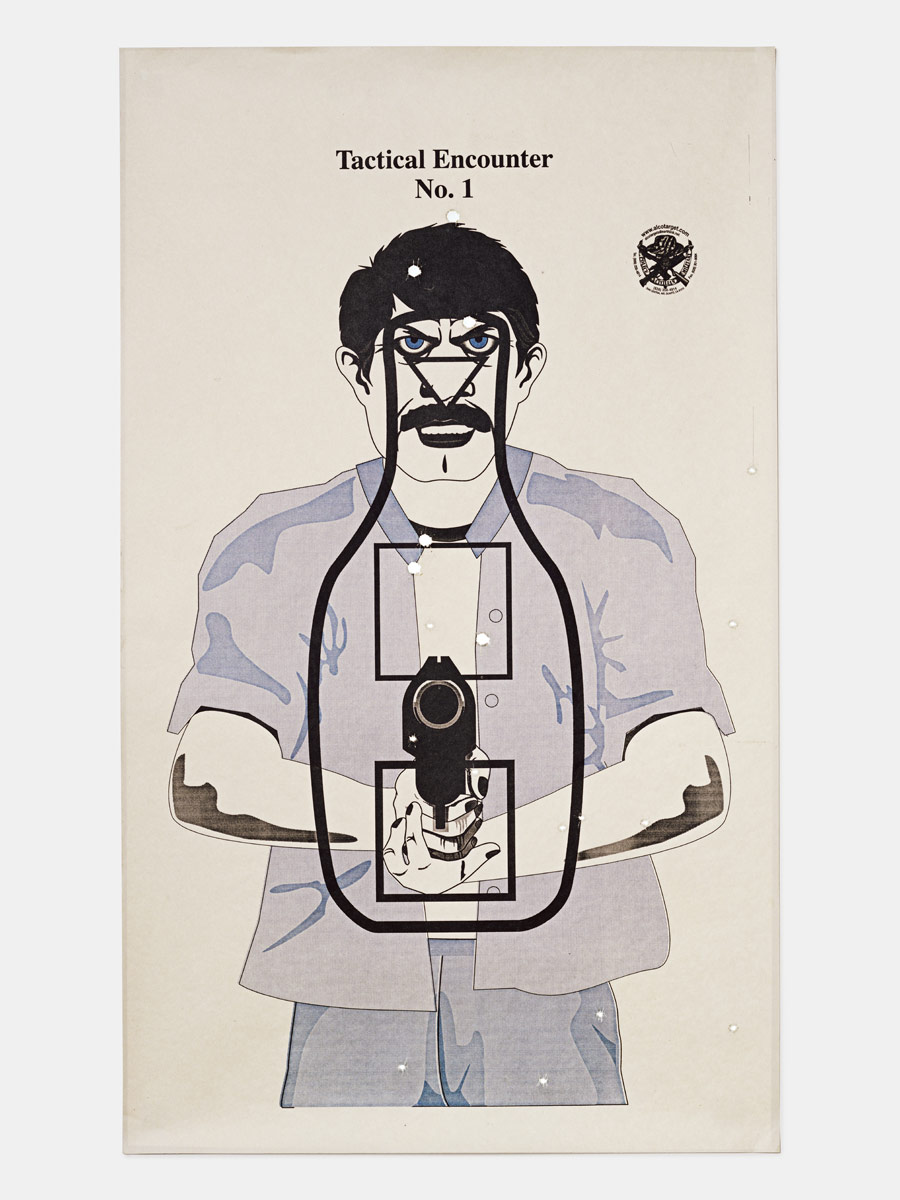 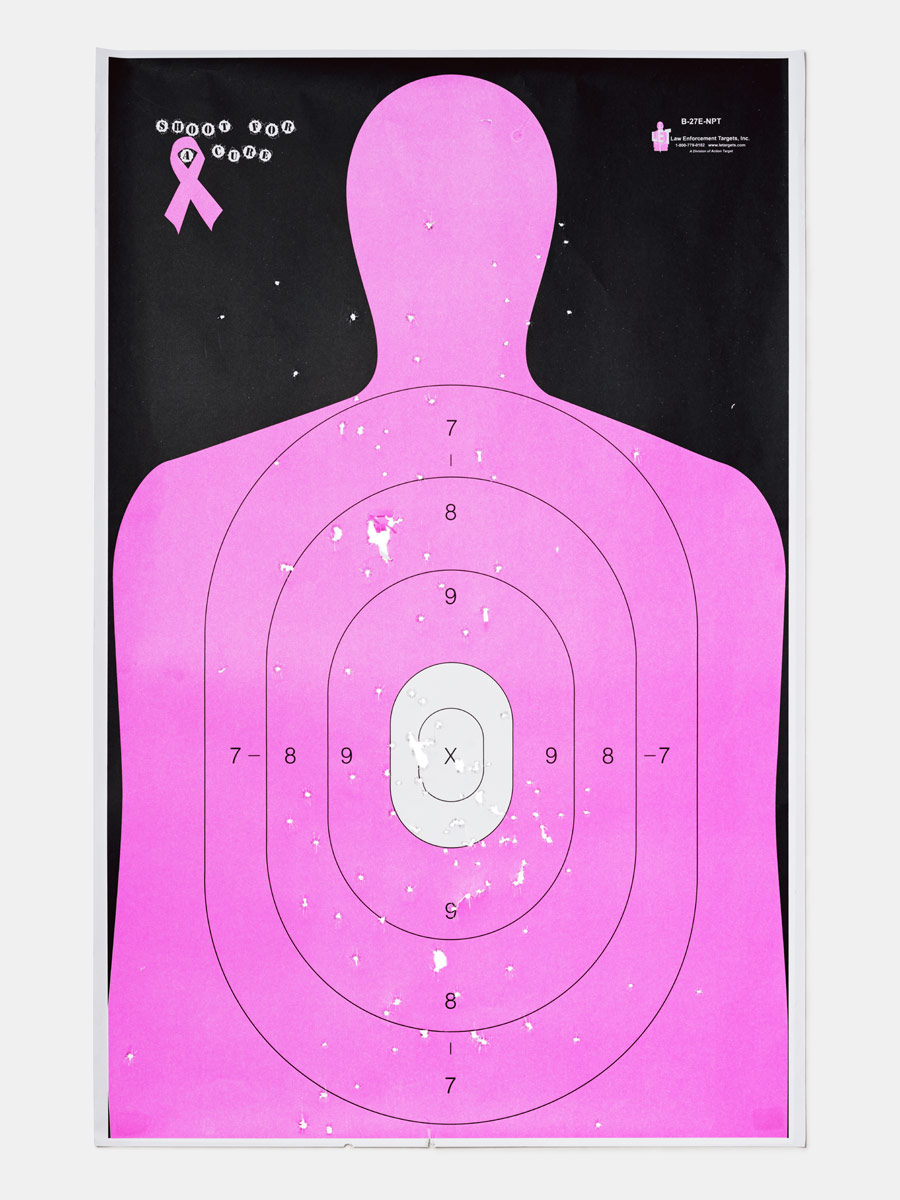 Target D. Age: 29 (boyfriend) and 24 (girlfriend). Occupation: Mechanic and elementary school playground worker. Guns: Sig Sauer SP2022 pistol and Ruger AR556 rifle (shooter's own).
"These are my boyfriend's guns. He loves shooting. I have brought him here tonight for his birthday treat." 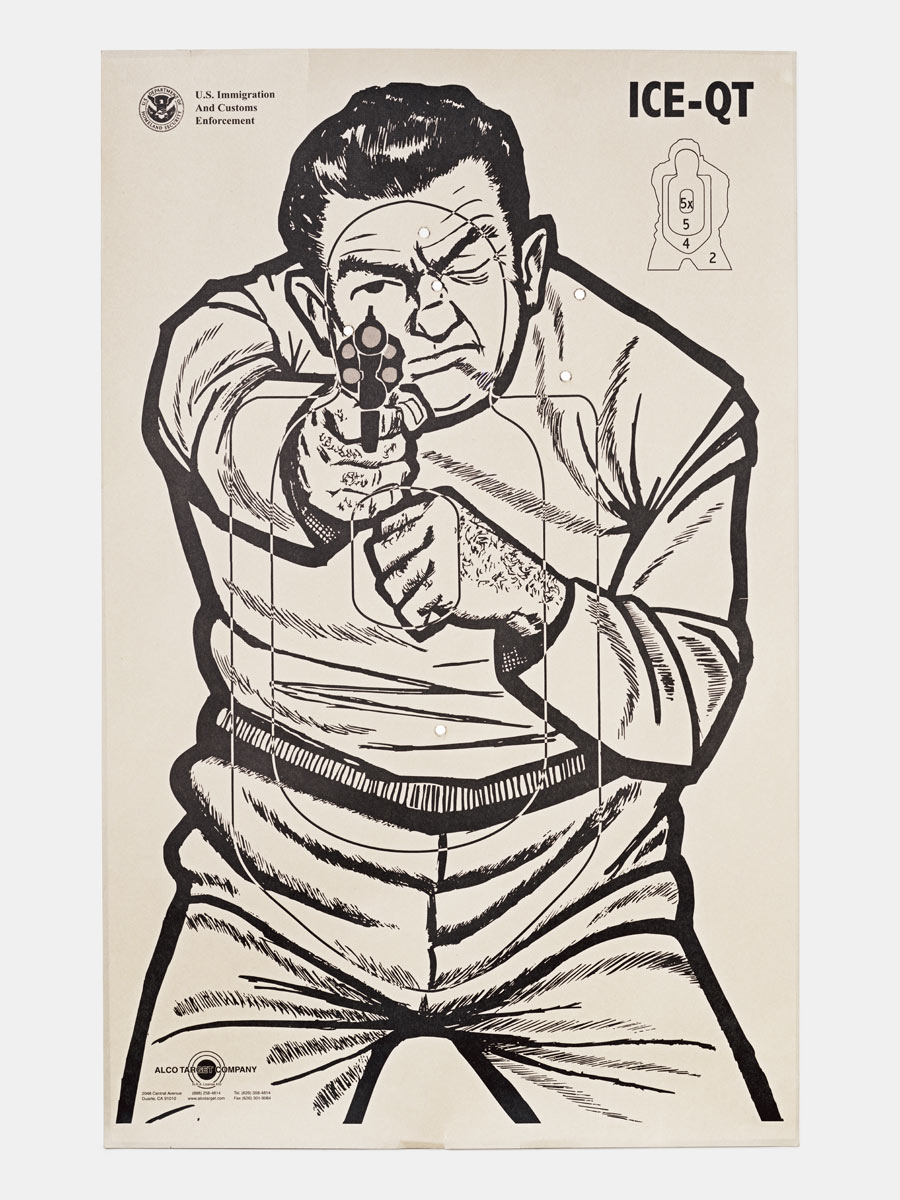 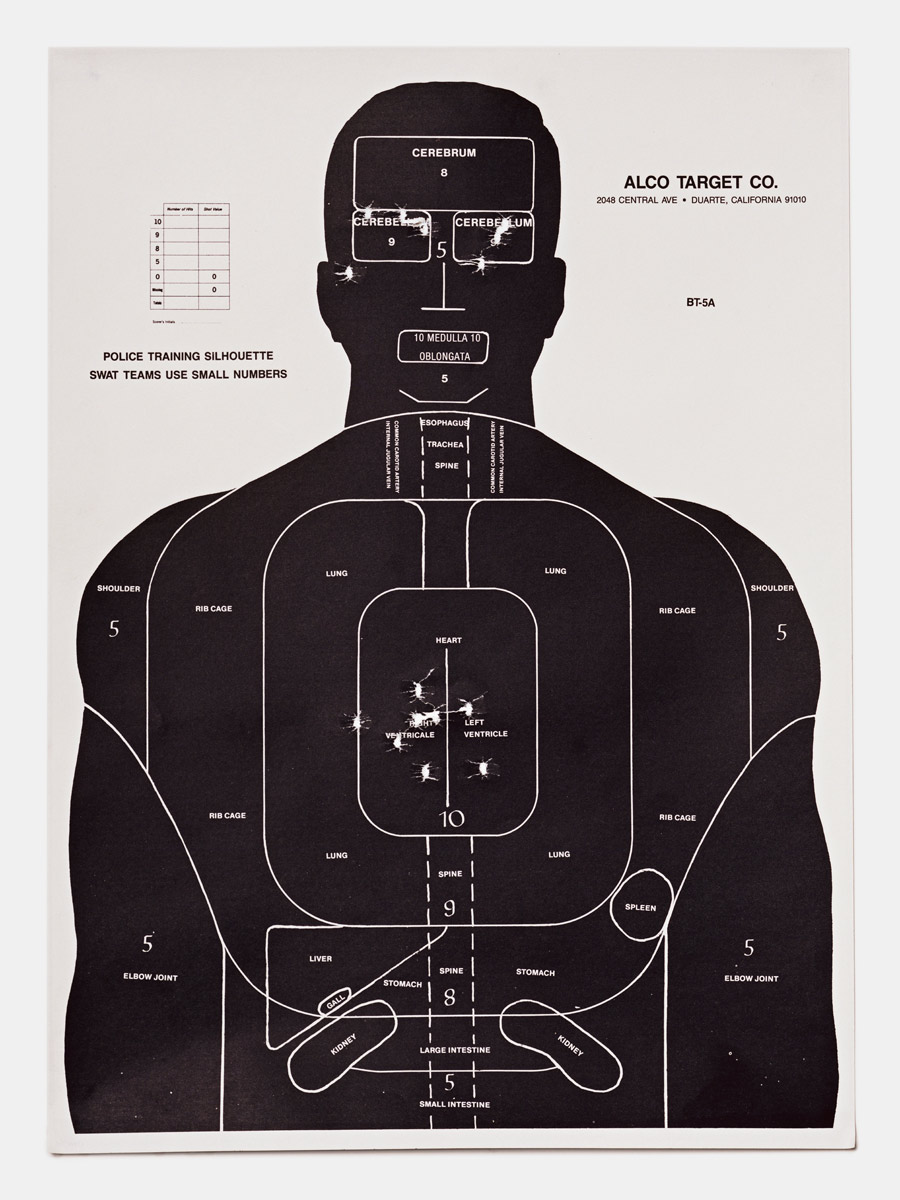 Target F. Age: 65. Occupation: Range master for a gun club. Gun: Dan Wesson PM7 .45 pistol (shooter's own).
"I love my job but am not a fanatic. I own 6 guns but I would never leave them to my children in case they got into trouble and were irresponsible." 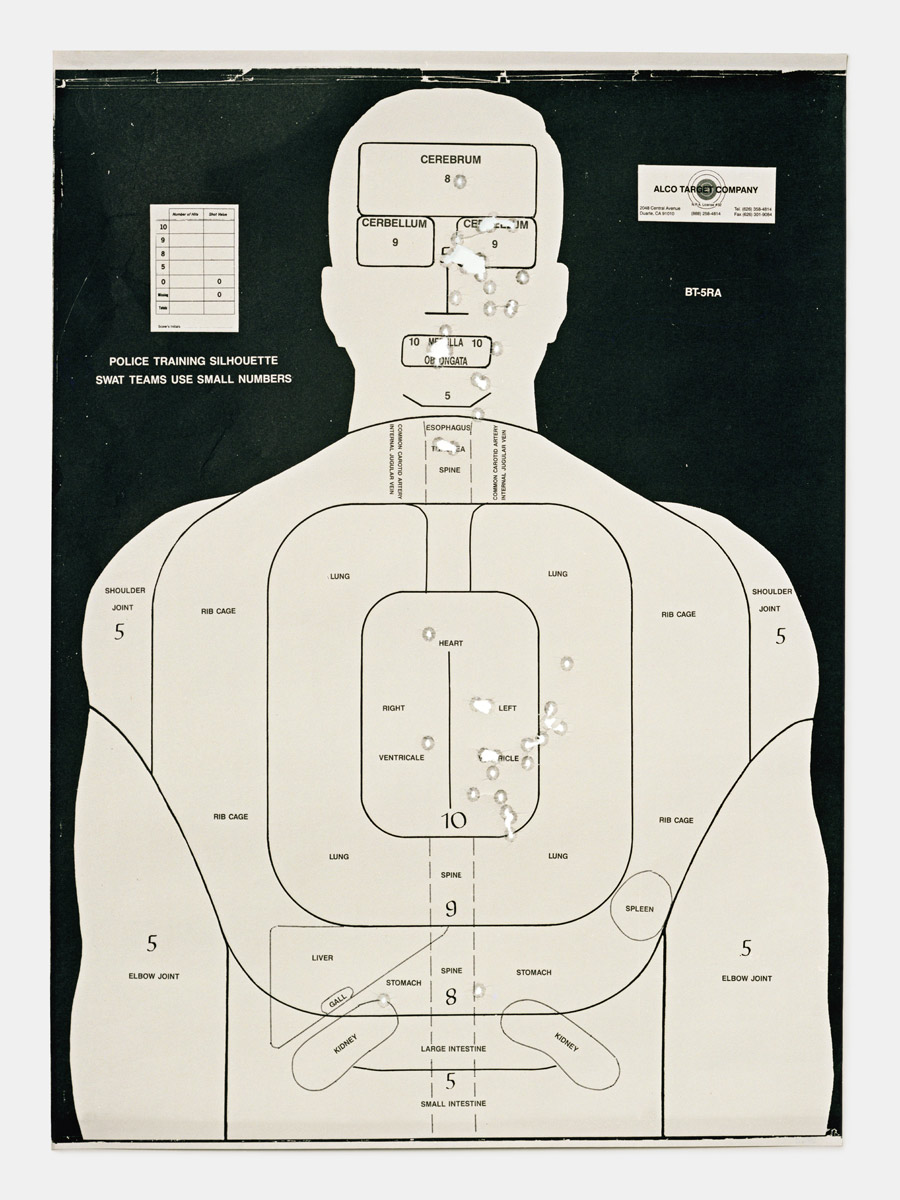 Target G. Age: 37. Occupation: Range master for a gun club. Gun: Beretta 92 FS 9mm pistol.
"I have the perfect job. I own many guns, I just love looking at them. I'm not bothered about shooting them. My favourite is the Kimber Warrior because it shoots large bullets." 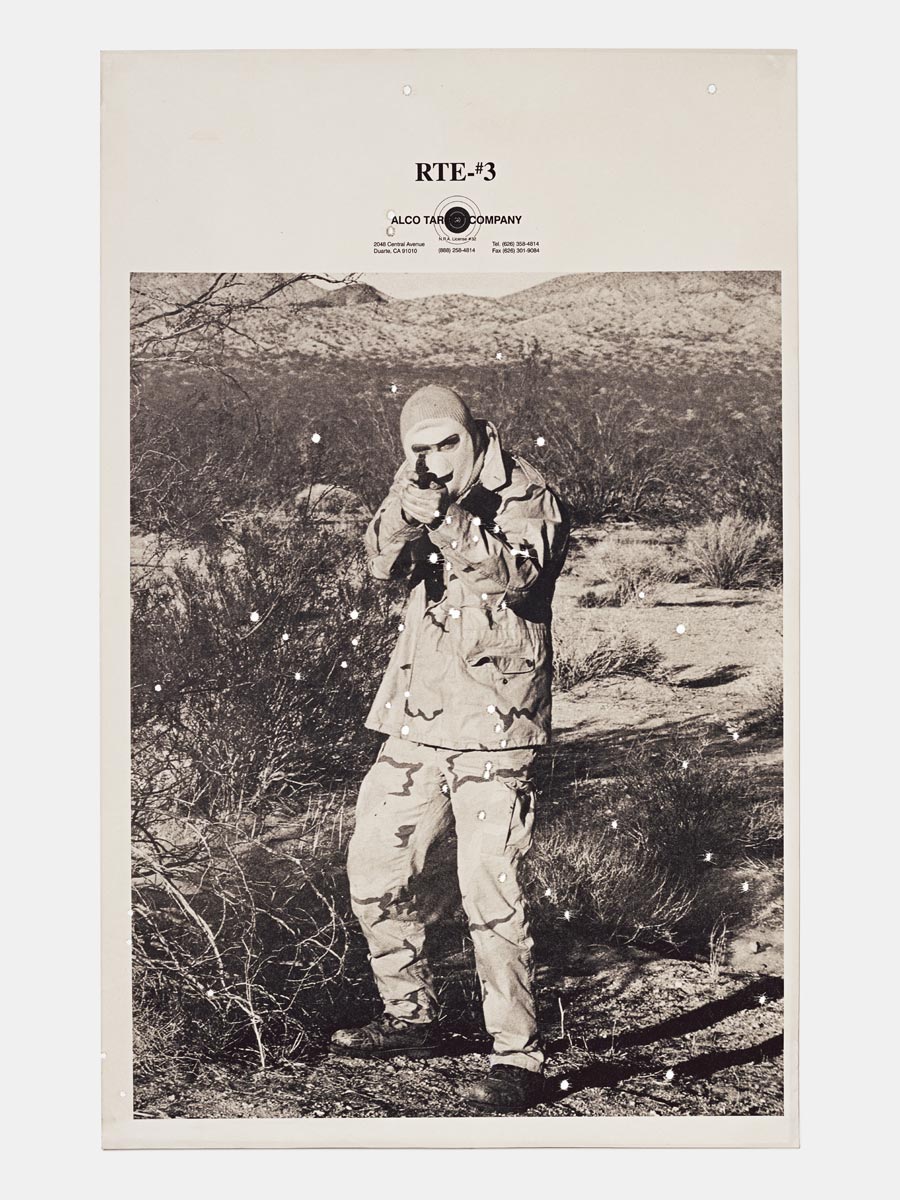 Target H. Age: 32. Occupation: Stay at home Mom. Guns: Smith & Wesson .357 Magnum revolver, Beretta 9mm pistol and Colt 5.56mm rifle (shooter's own).
"I own all 3 guns I used to shoot my target. Me and my husband go to different gun clubs all the time." 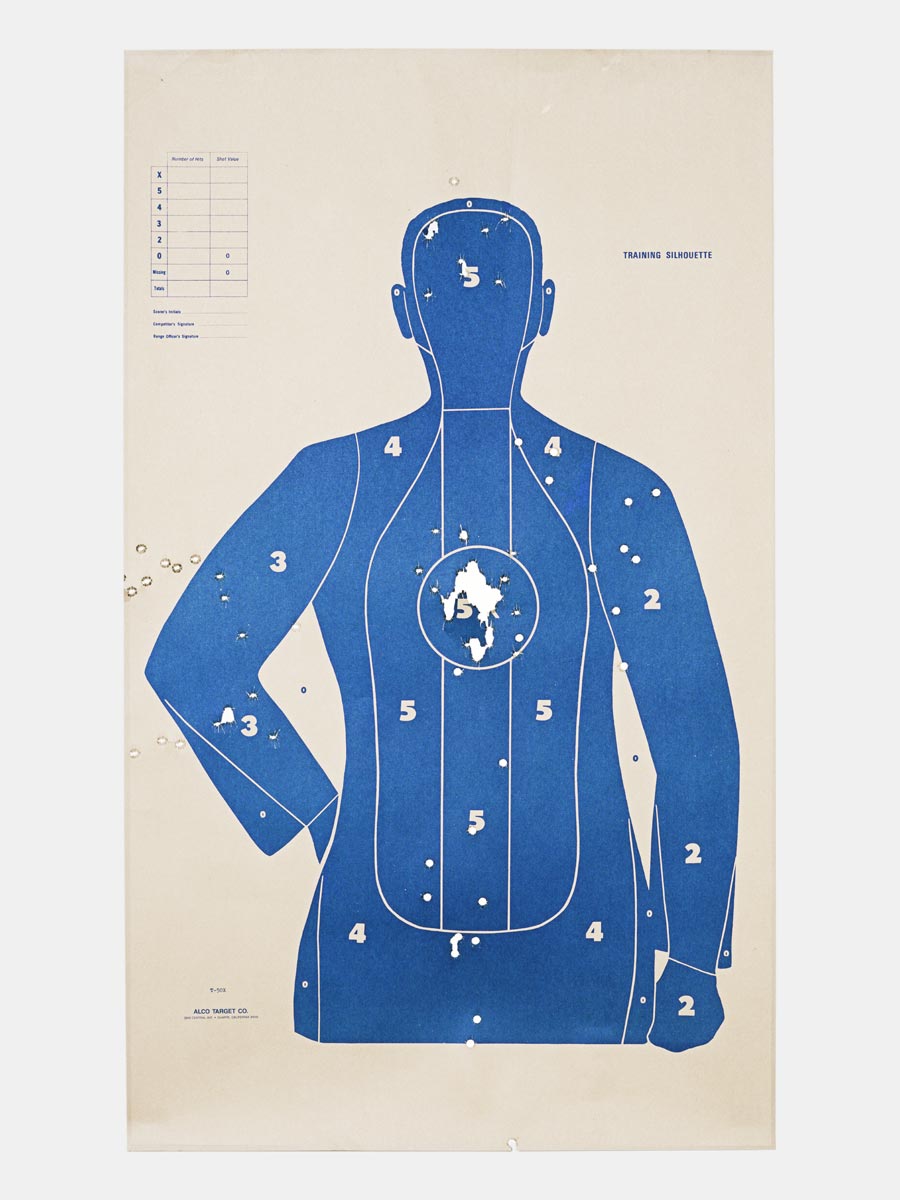 Target I. Age: 50. Occupation: General manager of a hotel in Beverly Hills. Gun: Glock 19 9mm pistol.
"A friend introduced me to the club and showed me the ropes. This is the fourth time I have been." 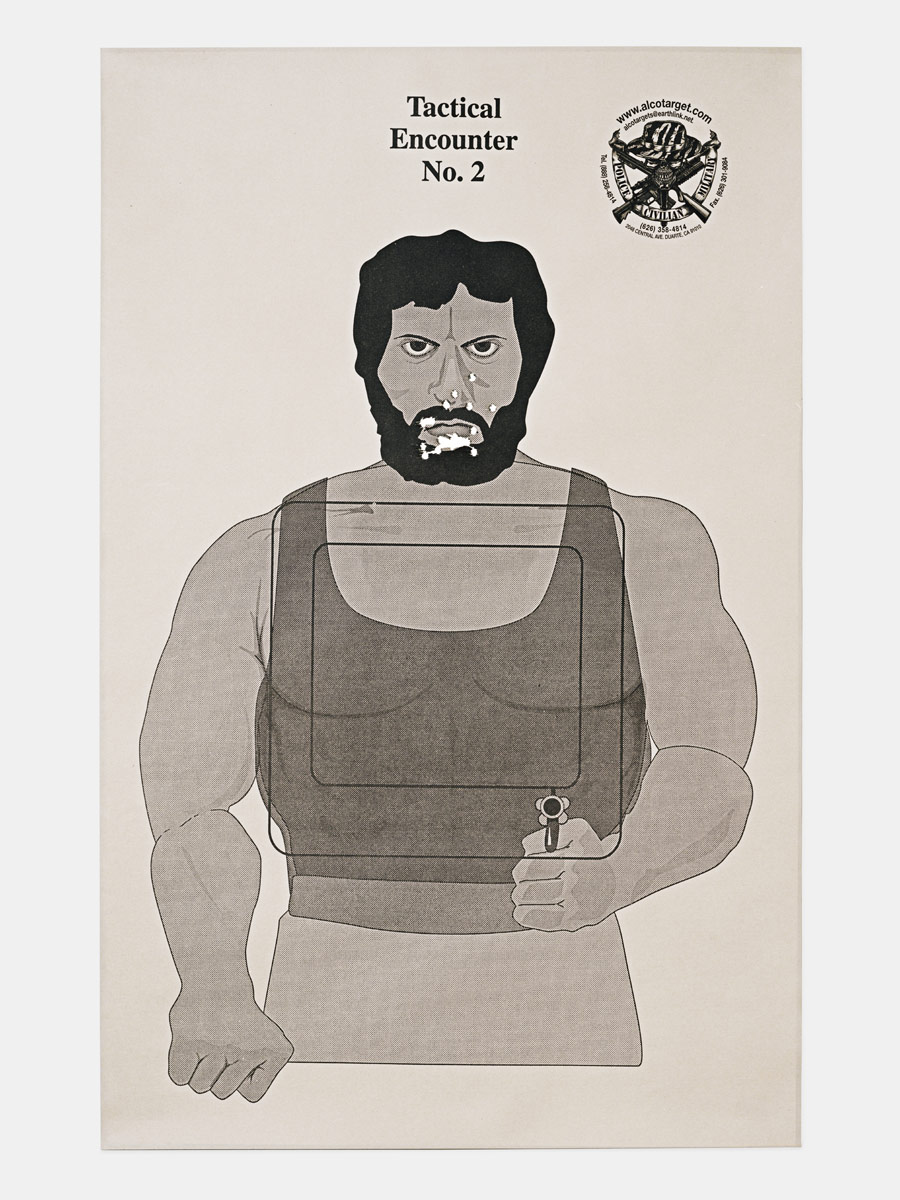 Target J. Age: 42. Occupation: Director of software for an engineering company Gun: Kalashnikov AK47 (shooter's own).
"I bought my custom made silver AK47 this year as a gift to myself for my twenty-fifth work anniversary. It cost me $1400 to have it made." 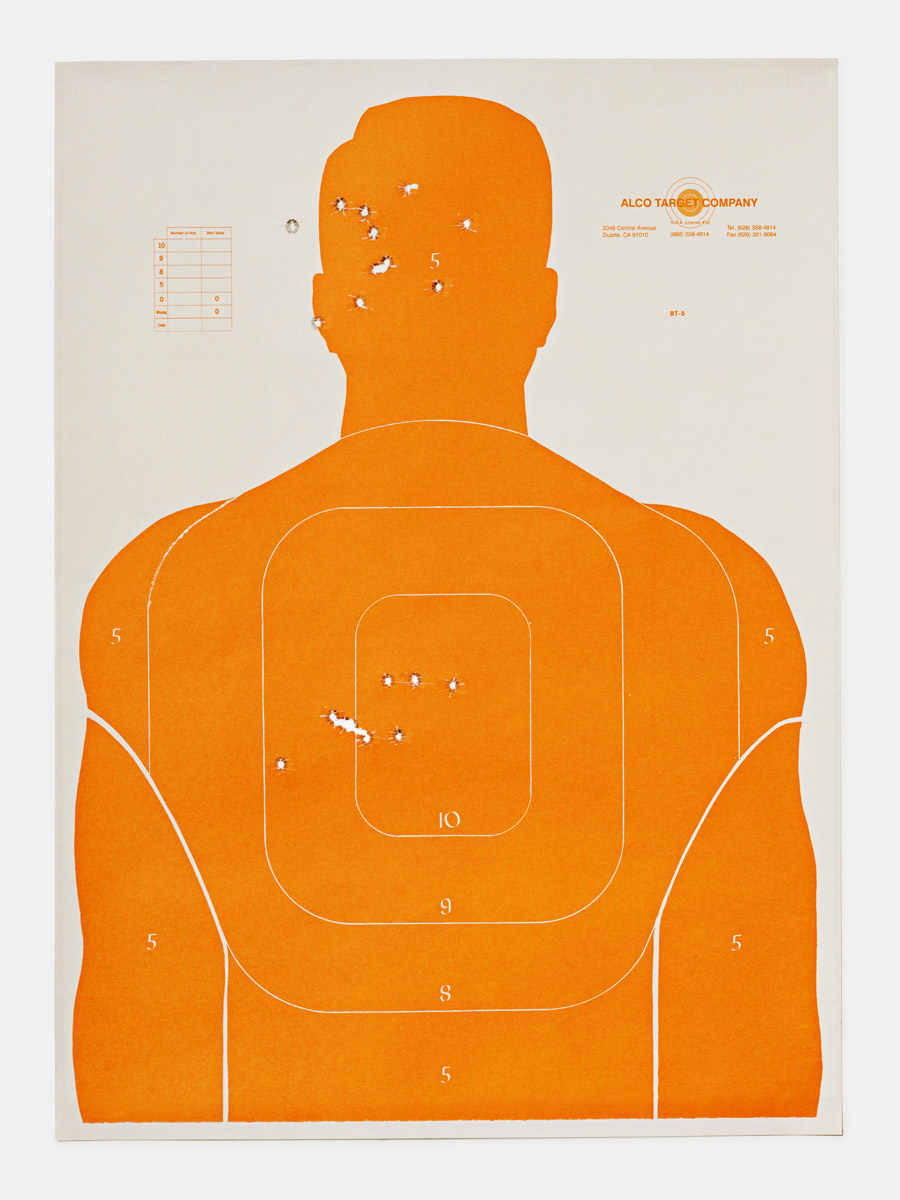 Target K. Age: 34. Occupation: Biology schoolteacher. Gun: Sig Sauer 226 9mm pistol (shooter's own).
"I like to come here for 'stress relief'. It is not unusual for teachers at my school to have guns and use them at clubs for stress relief. Our Vice Principal does, but obviously does not advertise the fact. I come when I have a bad day at school, but that doesn't mean I visualise the pupils. I don't!" 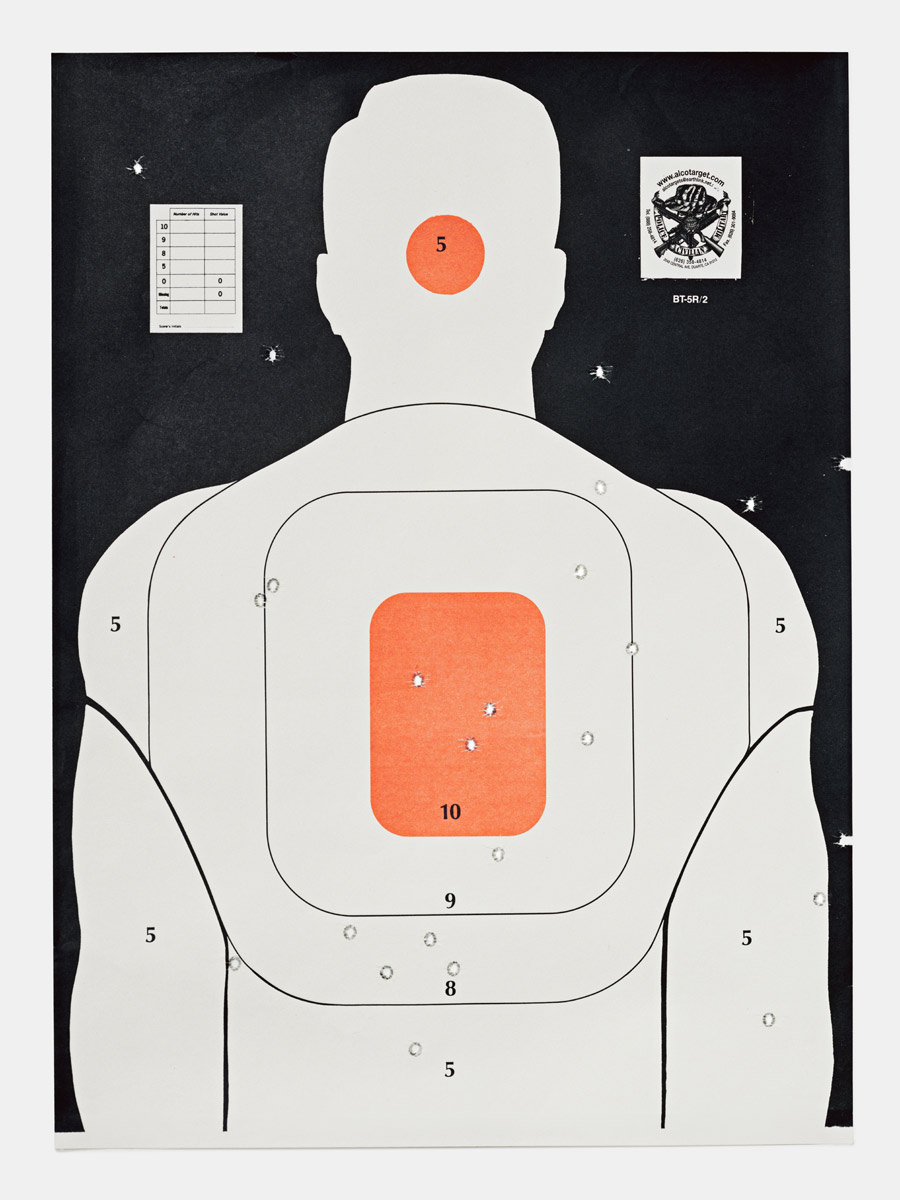 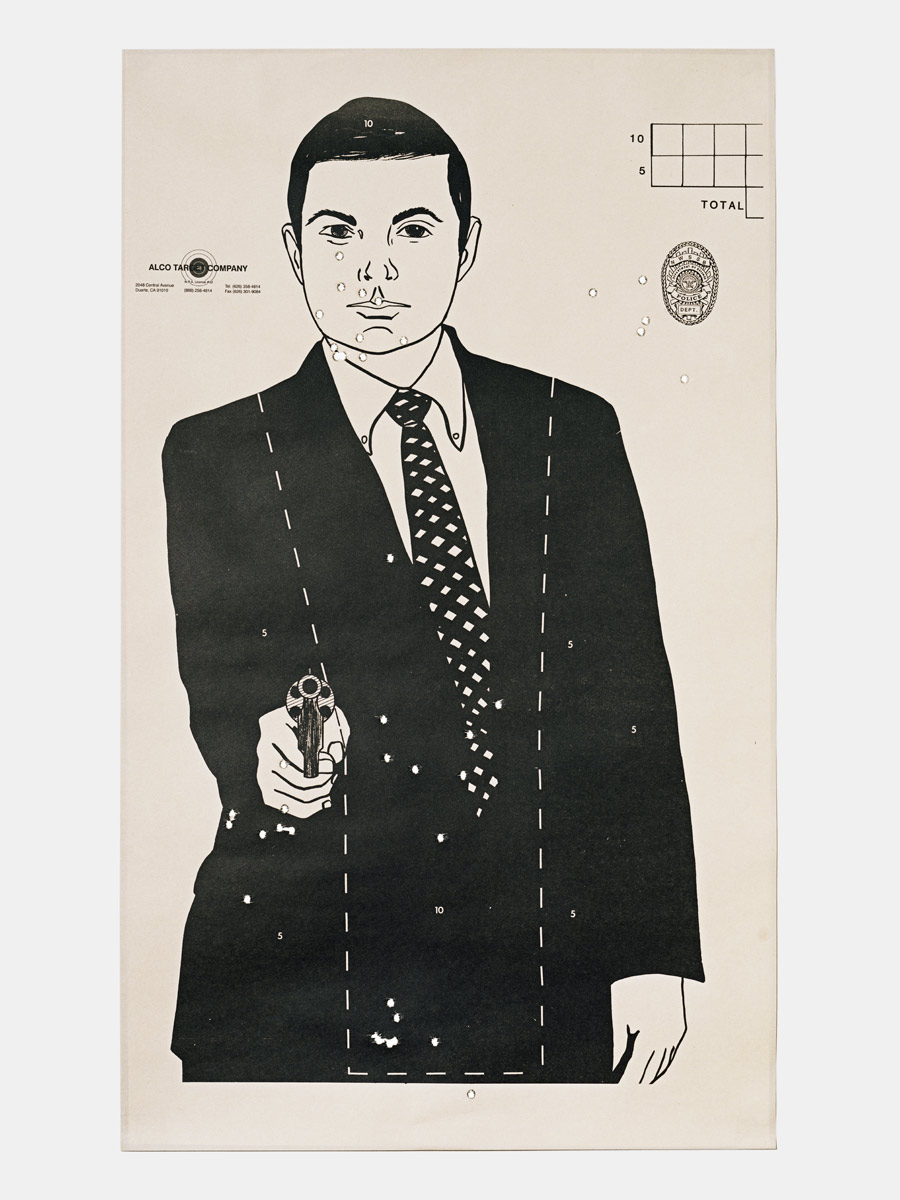 Target M. Age: 31. Occupation: Owner of a skate shop in Germany. Gun: Kalashnikov AK47.
"I'm on holiday visiting my cousin and we decided to come here to shoot some guns as it is something I can't do in Germany. I am going to the Grand Canyon tomorrow." 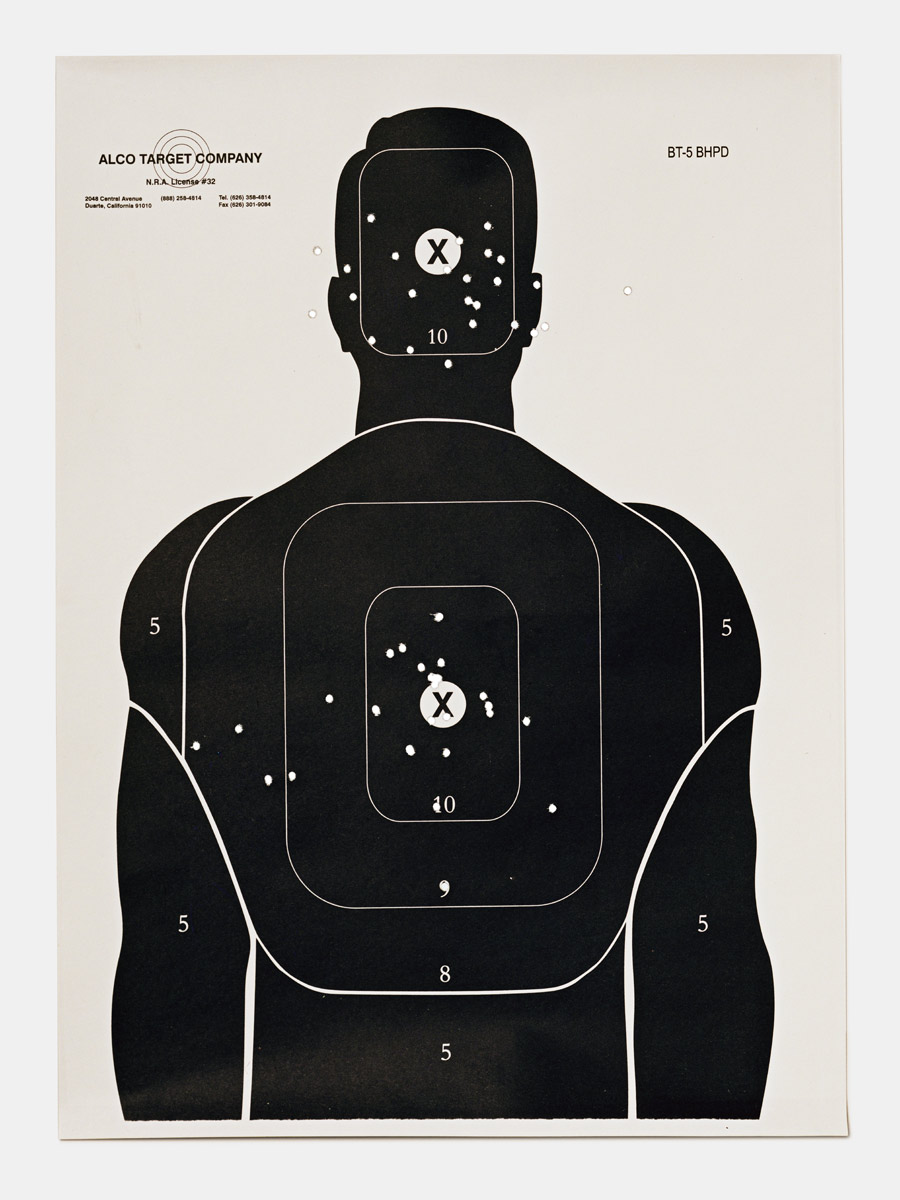 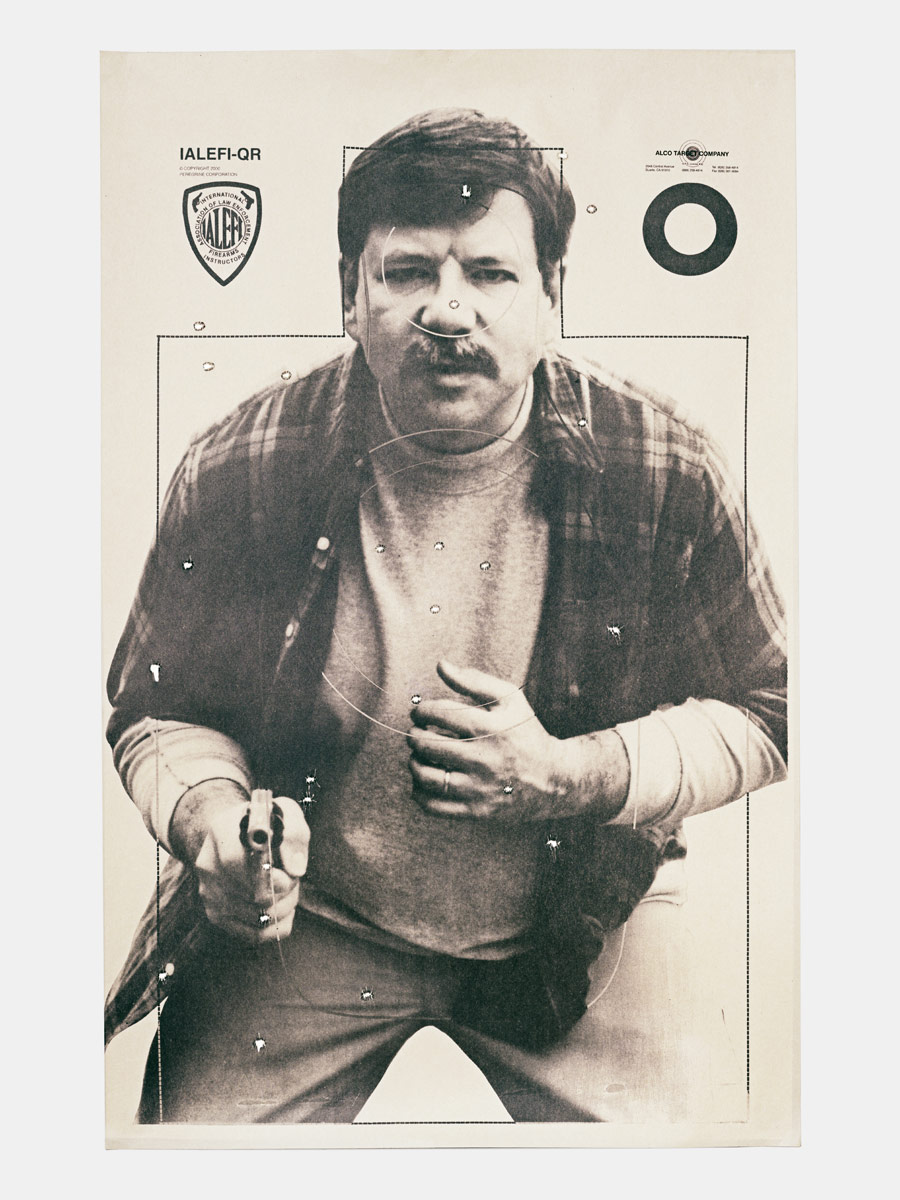 Target O. Age: 35. Occupation: General labourer. Gun: 38 caliber pistol.
"I wanted to learn how to shoot in case anything happens." 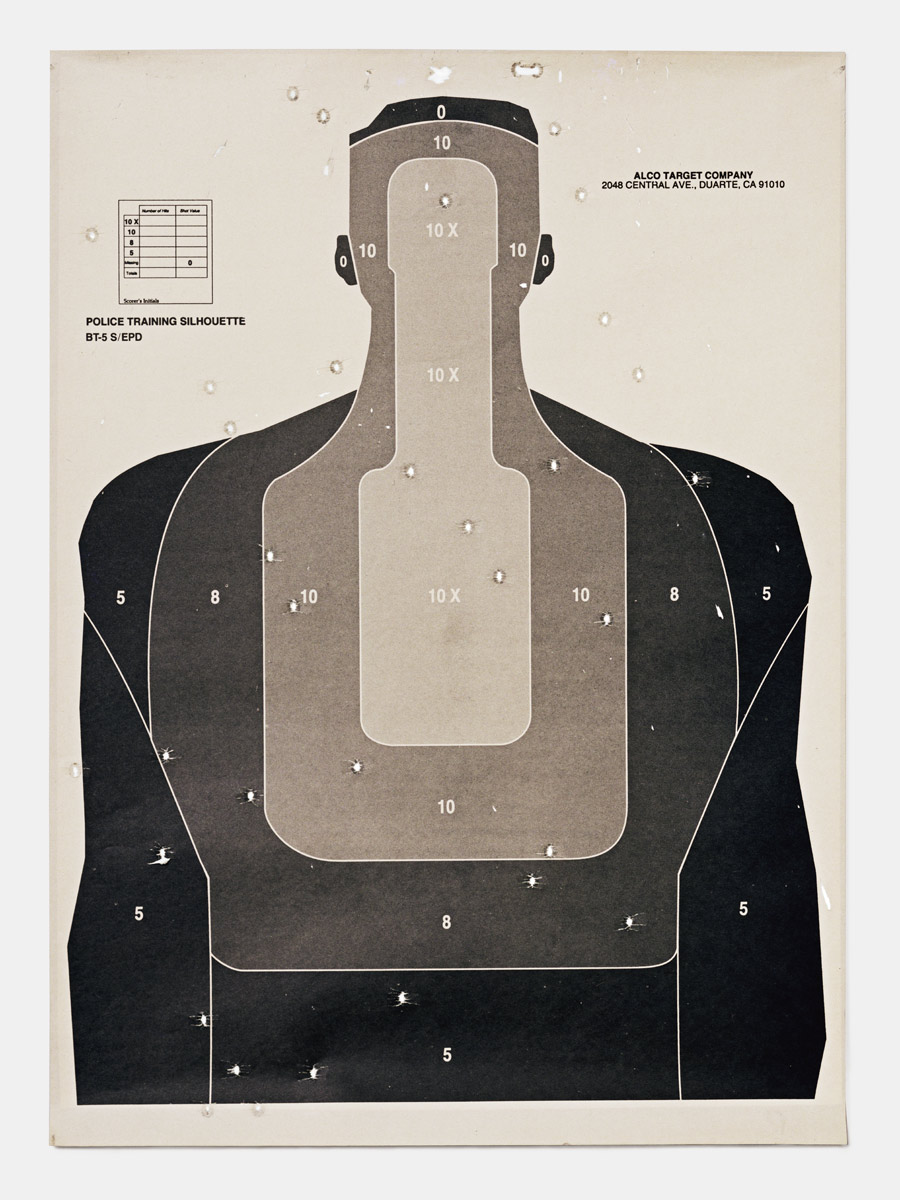 Target P. Age: 28. Occupation: Beauty therapist. Gun: Glock 17 9mm pistol.
"I've only been here once before. The girls at work enjoy it." 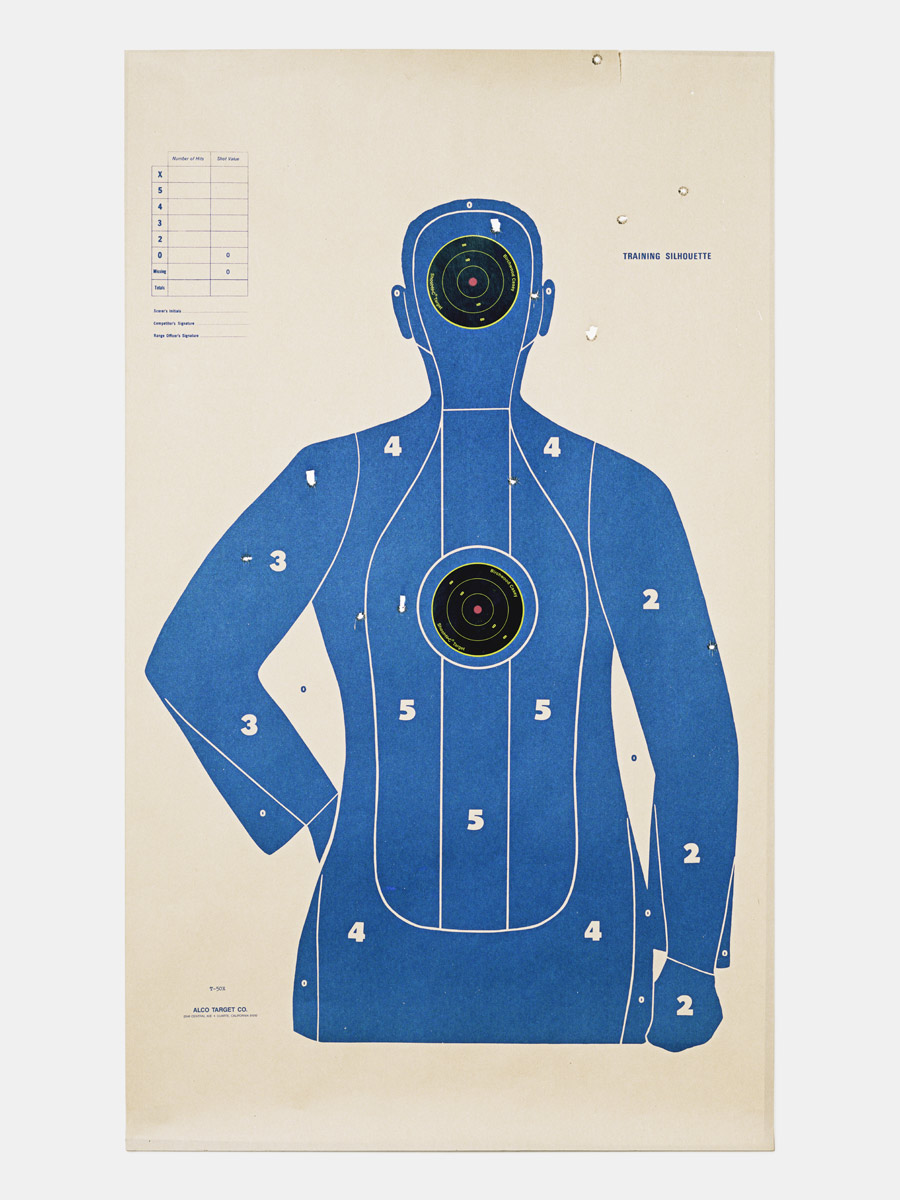