Left Panel: Eve's original Identity label, which she wore during the perilous two-month train and sea journey through occupied France, Spain and Portugal and crossing the Atlantic, finally arriving safely in New York on 1st September 1941. Also shown is tiny yellow home-spun booklet the children and staff who had to stay behind created drawings and wrote personal messages of good luck and love.

Centre Panel: With millions of Jews perishing in the Holocaust, extended family members took on new importance. Eve has a warm relationship with her second cousin, Noreen, and Noreen's grandchildren. For a family of survivors this is close.

Right Panel: Due to trauma she experienced Eve could remember only minute details of what happened in Germany, and not all that took place in France. It was not until she was in her mid-forties that she asked her mother to tell her all that had happened, as it had never been discussed in the family. Following days of interviews with her mother, father and her sister Ruth, it took two more decades until 'Shattered Crystals' was published in 1997.

Left Panel: This beautiful handmade box was given to Lily on her twentieth birthday when she was imprisoned in "Theresienstadt Ghetto" in 1943. The only birthday gift she received since the war began, made by "a wonderful Hungarian woman called Iona, who was deaf and dumb, and I enjoyed working alongside in the ammunition factory. She scraped together the materials and painted the crest of our camp and put my birthdate on the front." Sadly, Iona did not survive.

Centre Panel: Portrait of Lily aged 97 years old: "Unfortunately, I couldn't have children. During the war we had to use the latrines. They were not clean, and I got an infection which was not cured. It made me unable to have children. So, me and my husband made sure we enjoyed life twenty-four hours a day, which we did happily, for fifty years."

Right Panel: The only surviving photograph of Lily taken before the war. Lily had given it to her best friend at the time, called Doris Fince, who was German, and lived in the same road. After the war, Doris tried to find out if Lily had survived. After many years, with the help of the Red Cross, Doris found Lily and gave her this photograph.

Left Panel: Family photo of parents Elias and Miriam Hochhauser with daughters Dora (aged 8) and Ruth (aged 6): taken in Germany in September 1938. It was salvaged by the neighbours living next door to them in Brussels, after Ruth's parents fled to escape the Nazi's in 1941.

Centre Panel: Ruth has three children and many grandchildren who live in the USA, Israel and the UK. Her eldest daughter Jennie photographed here, was visiting from the states.

Right Panel: In 1941 Ruth and her older sister Dora (aged 9 and 11) were living in a flat in Brussels. Ruth remembers clearly being made by her parents to rehearse an escape route every night, in case the soldiers knocked on the door. They practised jumping through the back window of their apartment and over a roof, grabbing a handbag full of fake identification papers, money and food. The girls were sent to a children's home for safety. Two months later her parents received the knock on the door, the rehearsals and the handbag saved their lives. 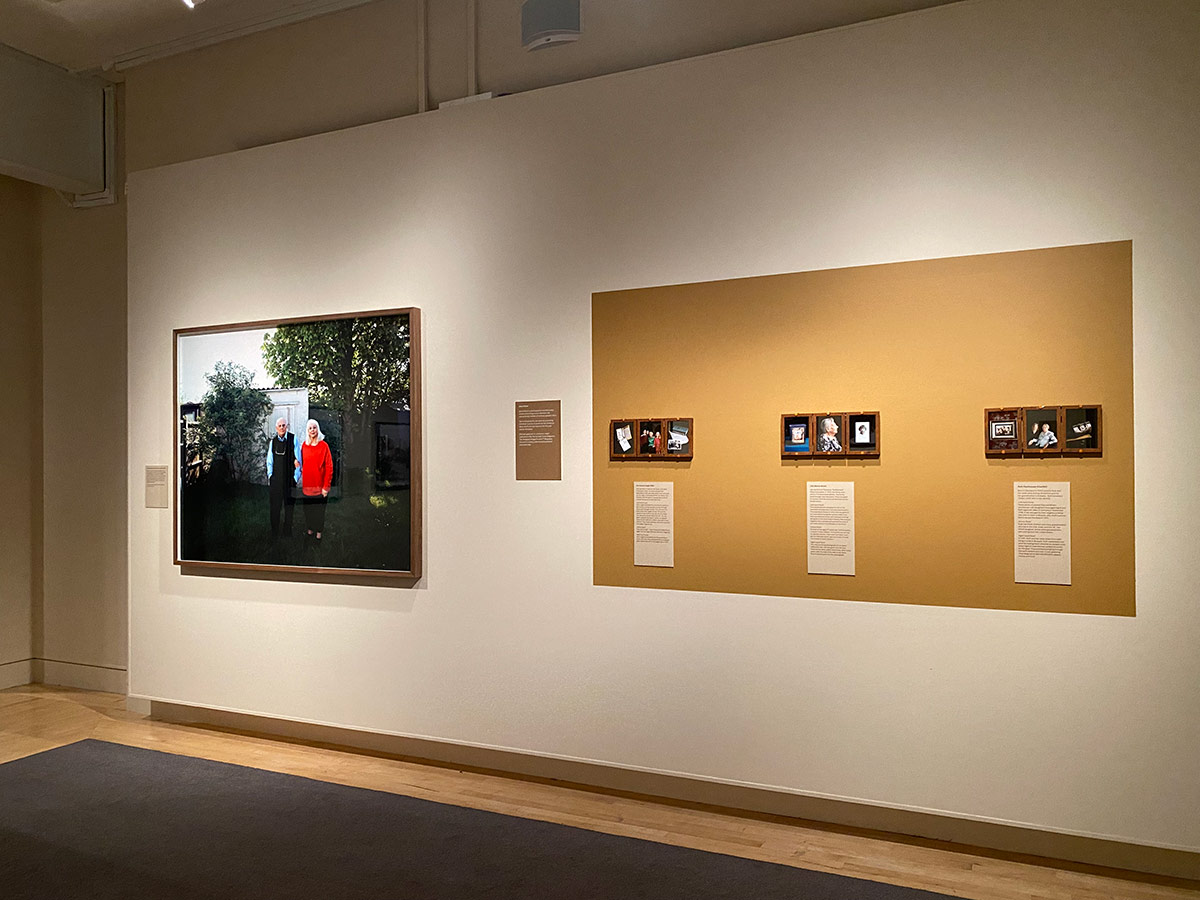 The systematic persecution of Europe's Jews by the Nazis between 1933 and 1945 led to the mass extermination of 6 million lives. For those who survived, its memory and impact were life changing.

Through a series of individual and family portraits, the moving photographs in this exhibition present a group of survivors who made the UK their home after beginnings marked by unimaginable loss and trauma. While offering a space to remember and share their stories, these portraits are a celebration of the rich lives they have lived and the special legacy which their children and grandchildren will carry into the future.